What if Things Don’t Go Off According to the Project Plan? 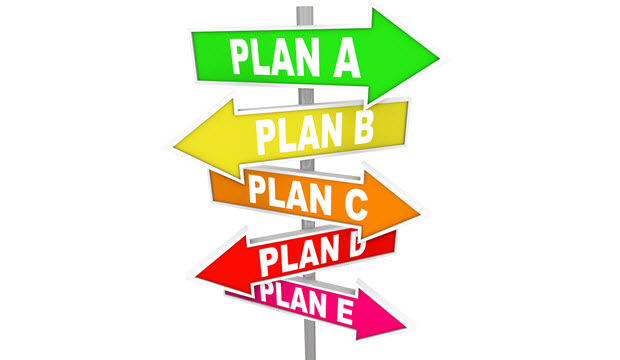 Does your day usually go exactly how you planned it would go when you hit the shower in the morning? Does it ever? Why should we expect something different from the projects that we manage? The teams that we manage? T/he customers that we engage? So many variables. So many things that can go wrong or different or even better than originally planned.

This happens to me nearly every day…I’m sure it’s happening to you as well. Some days I go to bed and realize I didn’t even get to touch what I planned to do.

Why is this? Because we plan based on our own thoughts of how we ‘want’ things to go. We plan based usually on a best-case scenario. But, as we all know, life gets in the way of these best-laid plans and reality hits us like a ton of bricks.

The best way to minimize all of this is to allow as much time as possible for ‘reasonable’ project planning. You can’t allocate half the budget to planning – that’s why I say ‘reasonable.’ But allocating a day or two to planning – including requirements definition and detailing is simply not reasonable.

Now let’s talk more about big changes to what you planned instead of just bumps in the road or changes in course. What if you’ve experienced big project issues that have forced your project to go quite differently than you planned it so far. Enough so that you are concerned about the outcome. Here are three steps to getting the problematic project back on track and hopefully heading toward a successful conclusion that will result in a satisfied customer:

Stop, meet and plan. Stop the project that is moving down the path of failure. Convince the customer that it is in everyone’s best interest to take this action at this time in order to not waste further funds on a sinking ship. Gather the project team, the project sponsor and the entire customer team together to discuss the problems encountered and this three-step course of action that must be taken at this time.

Revise the key status tools – the schedule, resource plan and budget.
Rework the schedule in draft form based on some replanning, corrective action, risk and issue assessment, and then moving forward with the right tasks to complete the project. This reworked schedule will be the basis for the third step of re-kicking off the project. At this time you also need to rework the budget and resource forecasts for the rest of the project because these are also critical discussion points for going forward with the customer.

Kickoff the remainder of the project fresh. Seems like we’re back at square one and in a sense we are. You must formally kick the project off again – from the current point in the project – in order to formally get back on the right track. Review your reworked project schedule, budget and resource forecasts and the reviews you performed with the team and customer in the first step above. Plan for the remaining deliverables, how you’re going to avoid encountering the same issues and risks again, and agree on all actions that will happen for the remainder of the engagement… and get a formal signoff on this agreement.

Has this happened to you? I’m sure it has or will soon. What measures or actions have you taken to regroup and get the whole mess back on track again? Was your customer compliant? Agreeable? Please share your thoughts and own actions/suggestions and let’s discuss.