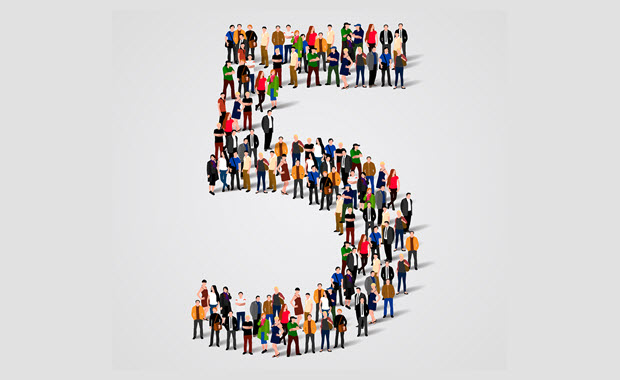 As project managers there will always be those things that we wish we had known or things we thought we could do but we were too confident to see that we were actually failing. You’ve heard the term “fake it till you make it” right? You’ve probably even read that phrase from me in a few of my articles. I am a firm believer in it because few people – actually no people – start out as real “experts.” They become good…but often the start out as inadequate.

And as project managers, we’ve all been given advice along the way – some of it good advice, and some of it bad. We make mental notes of what worked and what didn’t and move on. Often we become mentors to new project managers who are seeking to gain a foothold as they start managing a portfolio of projects and customers and keep everyone happy in the process.

What I’d like to discuss are five things that came up during the earlier phases of my PM career that I wish I had known or considered, but didn’t or remained too confident to think it could happen to me…these are in no real order, but please be considering your own list and feel free to share…

2) You will rarely finish a project – keep it running as smooth as possible. This one really surprised me. In true PMO organizations where you’re carrying 5-6 projects at a time, it’s more likely than not (at least in my experience) that you will move off of a project before it’s finished. Another project will come along that needs a seasoned project manager or a project manager with your specific implementation experience. It’s nice to be wanted, but it leaves you with that lack of “seeing it through to the end” feeling. They bring in someone else to close it down or finish off a final phase while you go start a new project or take over a troubled one. Sometimes it would be nice to finish what you started. But it’s not always the case and it’s not often your call.

3) Scope creep isn’t really a creep…it’s fast. This is basically in the same category as project budget management. You draw that line in the sand and then you guard it carefully – or so you think. In reality, most of us aren’t all that good individually at managing scope. It truly is a team effort, but sometimes we are all guilty of poor scope management and giving things away to make the customer happy. What happens next is the problem. Give them an inch and they take a mile. Soon scope creep is not running at a snail’s pace, it’s running away like a jackrabbit and now your project budget and project timeline are taking hits from it. Yes, scope can get out of hand just as fast as the budget if you aren’t watching it like your 2 year-old playing in the front yard (I have two of those so I know what I’m talking about).

4) There is little glory in the PM role. I always thought the project manager was the one who got the glory. Not that I really cared, but since we have the target on our heads throughout the engagement, why not get the fame if all goes well? It’s not usually that way. Most of the accolades I’ve received have come from external sources – the customer – not internal sources like senior management. For me that’s ok because I have always prided myself on how well I think I serve the customer. My personal motto is “You’re only as successful as your last customer thinks you are.” I figure if I’m successful for my customer, then the engagement has gone pretty well and most things will just take care of themselves. But not everyone feels that way and if you’re a new project manager coming into the ranks looking for quick wins and lots of recognition, try not to be too disappointed.

5) Even though you had a tech background, the techies will still get things past you. I used to be a developer. What that has done for me in managing IT projects I can’t really describe to you. I can’t imagine running IT projects as a project manager without first having that technical background. It’s given me street cred with developers. It’s allowed me to be really, really good at ballparking development estimates and then checking them against the ones my developers give me (I’m usually within about 5%). But one thing it didn’t help me with – developers still have egos and still think they know the best way to do everything and still take off on their own before you give them the green light. Not all do, just some. But it happens and you have to keep tabs on them. Developers aren’t bad, they just often don’t like to sit through the planning when they know they could be creating.

What makes your list? These come from a mainly technical project management standpoint, but please share your own list or thoughts and experiences with the ones I’ve mentioned above.