The art of project management is of vital importance to the Company. It is a matter of success or failure, a road either to safety or to ruin. Hence under no circumstances can it be neglected. — Sun Tzu, The Art of War (paraphrased) 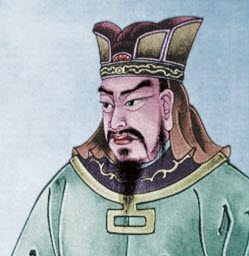 Over two thousand years ago, Sun Tzu crafted his rules for waging war. The subsequent Art of War is now one of the most often cited books, reflecting strategy in all things from sports to business to the actual implementation of war. I believe one can equally rely upon the Chinese general for interpretations on running today’s ongoing corporate battles: the implementation of projects.

To start this series, The Art of Project Management, I’ll paraphrase one of the Sun Tzu’s set of rules from ancient war-fighting.

There are three ways in which an executive can bring misfortune upon his team:

Let’s take a quick look at each. The first, hobbling the project, cautions us from charging forward, regardless of the situation and leading indicators from the team. “We’ve already been at this six months; let’s just keep going.” “The CFO has committed $2 million, we can’t stop now!” “We need to make a change in direction; so just do it!” Have we all heard something like this before? I am not suggesting that our senior leaders should be restrained from setting or altering a course as they deem best for the company; however, they must take into consideration how changes will impact the initiative. Sunken costs cannot be recovered. Time spent is not an indicator of the “right” decision, direction, or approach. And while we all strive to be more flexible, project change management is almost an entire art form in and of itself.

When it comes to governing a project, I often find that senior executives who are very smart, experienced in their field, and successful are often confused by my project management counsel. These leaders do not understand how running an ongoing concern as part of a corporate function is any different than a project. Projects are not ongoing concerns. They should be handled differently, and an entire industry has been spawned to deal with and assist in the running of these discrete initiatives. Think about the senior executive who is reluctant to begin structured, formalized, metric-based status reporting. She’s never implemented such a thing in all her success at running a supply chain operation, so why should she start now? Whichever project management discipline you follow (from Harvard to PMI, Agile or Waterfall), there should be a fundamental understanding that projects are not the same as running a business.

When it comes to resources, projects are often plagued by under allocation. In many cases, resources are asked to provide their time to a project and maintain their daily responsibilities as well. Leaders who are successful managing operations are often foisted into the roles of project leads or project managers. Often they are put in this role due to their success at running an operation—but without any knowledge, skill, or experience running a project. Managing an initiative on part-time resources who are not focused on the team’s success or prepared with the right skills is a formula for failure.

Sun Tzu has many lessons to leverage. For anyone who has not yet read one of the translations, I highly recommend him. I will do my part in this ongoing series—The Art of Project Management—to share my interpretation of his wisdom in the world that I call Delivery Effectiveness. In closing, consider an adaptation of Sun Tzu’s often quoted verse: “If you know the challenges and know yourself, you need not fear the result of a hundred projects.”

Carl Manello is a Solution Lead for Slalom’s Program & Project Management practice based in Chicago who enjoys exploring how to tightly couple the art and science of project delivery with business operations. You can read from Carl on his blog.