Should Everyone Agree with the Project Manager? 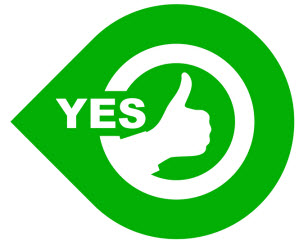 It’s nice when everyone is thinking the same way – or at least it seems that way. It’s nice when you’re leading a team and everyone agrees with what you’re saying – with all of the decisions you’re making – or at least it seems that way. Then one day you wake up and realize that everyone is acting like zombies and saying ‘yes’ just to move forward – maybe because they’re too busy…maybe because they don’t feel the ownership of the project. Whatever the reason, the project then becomes scary….real scary.

I think deep down we all really know that having all ‘yes’ men on our projects would be a bad thing – no one questioning your actions or that next big decision. No one with a thought or mind of their own. It’s all you and no one is offering any input. I don’t know about you, but that’s not a comfort zone for me.

Project managers need to be confident – maybe even arrogant at times. But do we know everything? We may know a lot or at least need to act like we do, but we certainly aren’t the authority on everything. If we think we are, we won’t last long because we’ll screw up a project very badly sooner or later, and we’ll be gone.

So, do we want a project full of agreeable project team members? Do we want unbridled obedience? Ummm…not me. Here are a couple of thoughts…

Conflict can be a good thing

Conflict, disagreement, correction, creative and critical feedback – these are all good things and they can’t be missing from our critical project engagements if we hope to be successful and make wise choices at critical project crossroads. Yes, the project manager must be in charge and be able to make the tough decisions…and yes even override project team members when they have to. But there is no benefit to having everyone agree with us on the project team on everything?

If we had a team full of ‘yes’ men, then decisions would be fast and easy to make. Progress would never cease. Momentum would never be lost. But I know for a fact that if my wife had never told me that something was a bad idea or that maybe there was a better way to do this or that, then we’d have some pretty funky home projects completed around our house that make no sense at all. Likewise, I know that on a few projects of mine if my team members had not spoken up, I could be in a different line of work right now.

We must work together like the skilled team that we are

Our project team of technical experts was put together for a reason. We are the project managers. We oversee the project and liaison with executive management, the customer, and many third party groups on many aspects of the project including status, issues, contracts, agreements, assumptions, and approvals. However, we rely – or we should rely, anyway – on our skilled project team resources to help us make decisions and determine best courses of action on project tasks throughout the engagement. Every task should be discussed – to some degree. Team decisions are needed throughout and to rely just on our own expertise and understanding would be the truest form of ignorance. And a direct path to project failure.

I am always thankful on my projects to have a team of experts to do the real work. And that real work also involves making some tough choices and seeking outside help themselves. I’m thankful that not everything is always my decision – if it was, I’d have no time to oversee my other projects and consulting engagements. If something goes wrong, the project manager should still take the blame. We are, after all, the one who is ultimately in charge. But you have a team of skilled individuals assembled for a reason. It makes sense to use them wisely, request and value their input and use it for the betterment of the project. Successful project delivery is a team effort, and it won’t be accomplished by everyone saying ‘yes’ to everything.

How about our readers? Can you think of project where you were surrounded by unquestioning followers and no one was questioning anything? Did it go well? Were some bad decisions made that could have otherwise been avoided if someone had spoken up?