Single-User or Concurrent-User: Which version works best for your team?

Here at AEC Software we designed our software to work for any size group. Whether you are working as an individual, a small team, a larger squad, or a company in the hundreds or thousands, we know that FastTrack can handle your projects and workload. The one question you might be asking yourself is: what is the best licensing plan for me and my team? In this blog post we will discuss the differences between our Single-User Version and Concurrent-User Version so that you can determine the most efficient plan for your team and how you can get the most “bang for your buck” with FastTrack Schedule 10.

The first licensing model we have available is our FastTrack Schedule 10 Single-User Version. Each Single-User license is installed locally on the machine of the user. That owner of the license will also have the ability to install the software on a second machine used by him/her. The owner can thus utilize the software in the office as well as out in the field or at home without having to purchase a second license. The one caveat is that the program can only be running on one machine at a time, so the user will simply need to quit out of the application on one computer before using it on the other. Even though the software is installed locally, the user will still have the ability to save their files on a shared-drive like Dropbox, in the Cloud, or on a server for collaboration with others. 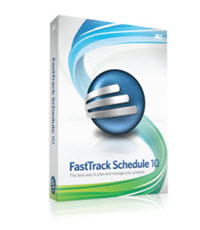 The Single-User license model is the most economically-efficient plan for the individual user or for small teams of two to seven, but can also work for larger groups. We have many large customers that have hundreds of Single-User licenses for their employees or employ a site-license system. Whether you choose the Single-User license model or the Concurrent Version really depends on your preference of where the software will be installed as well as the other merits of the Concurrent-User Version I will discuss momentarily. Single-User licenses work especially well if you will have users out in the field who may not have constant access to your server or the internet. When the license is installed locally, you will never be without access to your favorite project management software.

The other licensing model available is our FastTrack Schedule 10 Concurrent-User Version. The Concurrent-User, or network, plan is hosted directly on a server and will act as a “floating license” for your users. This means that you can give FastTrack access to as many users as you need, and the software will “float” around to the users as they need it. If that sounds confusing please let me explain in a different way. When you purchase the Concurrent-User Version you will decide on a certain number of concurrent licenses or “seats”. The number of “seats” you own determines how many people can be using the software simultaneously.

For example: if you have a 5-User (five “seat”) Concurrent-User plan you will have the ability to have up to 5 people using the software at any one time. You can give access to as many people as you want:  5, 10, 20, or even 50 users, as long as the simultaneous usage does not exceed 5. Staying with this example, if a sixth person attempts to log onto the program when five users are already present, they will simply receive a message that states that the maximum allowance of users has been reached. They will simply need to wait until another user logs off and then they will have access to FastTrack. 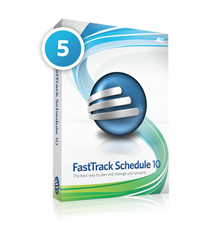 This “floating” characteristic of the Concurrent-User Version makes it especially efficient for groups where not all users are accessing the software frequently. The “power users”  in your group can constantly be using the program but the infrequent users, those who might just be utilizing the software once a week or once a month to make small changes, can also have access without needing to have an individual license tied-down to them. Our Concurrent-User plans start at 5-users so we normally recommend them, from a cost standpoint, to groups of 7 or more. The 5-user plan costs more than 5 single licenses because it allows a much larger number than five to access the program. It is really an economy of scale and makes the most sense price-wise the more users you have. Here are some more technical benefits of the Concurrent-User Version.

If the Concurrent-User Version sounds like the best plan for you and your team you will need to decide on the number of concurrent seats your group will need. You just need to envision the maximum number of users you think will be logged into the program at any one time. We offer our base packages of 5 users, 10 users, and 25 users, but we can also create custom numbers for your team. If you have a mix of Mac and Windows users in your office, we can also create mixed-environment concurrent packages that will cater to both sides. For these custom-number and custom-environment Concurrent-User plans please contact our Sales Team and they can assist in generating exactly what you need.

So now that we have discussed the two licensing models of FastTrack Schedule, which do you think will work best for you? If you find yourself in the single to six user level, then the Single-User model will probably be the best option. If you will have seven or more users then the Concurrent-User Version becomes a viable option. As I mentioned above once you get up to the 7-8 user mark then it really becomes a matter of preference for which model works best. Right about now some of you might be thinking, “This blog post has no concrete answers for me at all!” If you are feeling that way or if you have any more questions about our licensing models, please do not hesitate to contact our Sales Department either via phone or email to discuss further. Our Account Executives will gladly guide you to the best possible option for your team.