When the Project is Suspended 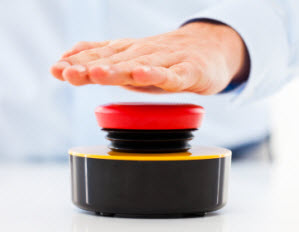 Projects are meant to be completed.  No one likes to leave unfinished business, right? But there are those situations that come up from time to time where the project can’t be completed or is put on hold.  The reasons can be almost endless. The most common include things like customer funding issues, a change in the customer’s organization, customer satisfaction drops to rock bottom, some roadblock arises that can’t be worked around, or perhaps the technology is presenting an unavoidable work stoppage. Whatever the reason, it’s painful and potentially embarrassing and now you may need to move into damage control mode.

When this has happened to me (and yes, I have had this happen a couple of times and it isn’t fun), I generally try to follow as many of the following actions as are appropriate for the situation – depending, of course, on what caused the project to be suspended in the first place:

Keep ongoing contact with the project client. First, it’s critical to stay in close contact with the customer. Even if you or your team were the cause for the work stoppage, stay in touch, make sure they know you’re working on whatever issues caused the stoppage, and discuss criteria or scenarios that might enable the project to restart – so you know what you’re working towards. For me, on a project that stopped because some overwhelming issues put the project way over budget, it involved detailed estimating of what it was going to take to finish the project and some negotiation of what we could absorb on the delivery side and what I still needed the customer to come up with in terms of dollars. But it was contact, ongoing discussion.  At least it kept us moving forward and eventually we did restart the project.

While on hold, continue to work the issues. If the project is important and it looks like it has at least a glimmer of hope of restarting, then it’s probably worthwhile to spend some time and effort working on the issues that halted the project – if that is the reason for the work stoppage. You may need to get the ok from management to apply the resources and you may be quite limited in what you can do, but continuing to work on any outstanding issues and keeping the customer apprised of progress via weekly status reports and updated issues lists can sometimes go a long way toward getting the project back on track. And it can definitely help get the customer to eventually come around and give the ok to  move forward with more work on the engagement.

Move project phases around. Examine the project schedule in detail. Perhaps whatever has suspended the project is due to what was being worked on right now. If the project is being rolled out in phases, possibly restructuring the project schedule to move phases around will get the client back in the fold or get both teams past whatever stopped the project in the first place. It may be the case that whatever frustration led to the work stoppage may have caused everyone to overlook the obvious….put current issues aside and work on a different portion of the implementation for now, if it makes sense in terms of functionality and overall project strategy.