What if Your Contractor Flakes on You? – Part 2

04/23/2014 by Brad Egeland Tags: contractor abandons project, how to handle a bad contractor, legal action against contractor, problems with contractors 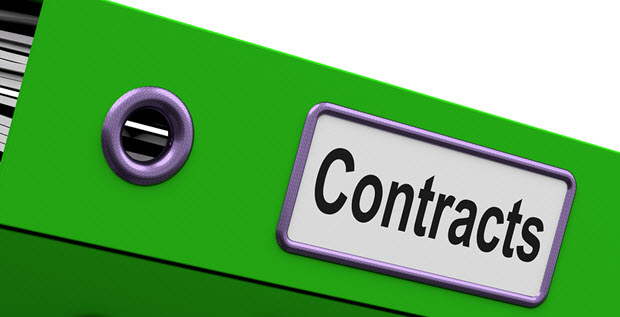 In Part 1 of this rather unfortunate discussion concerning project contractors or consultants that bail on our engagements, I discussed my own unfortunate recent situation and began to look at ways we try to combat, mitigate, or avoid such situations. Certainly open and frequent communication can help pave the way to less eventful project manager-team situations, but that won’t guarantee that you avoid all scenarios. You may still eventually find yourself in one of those situations where your contractor or consultant turns out to be someone you didn’t realize they were…no matter how well you think you knew them.

What we’ve discussed so far are two key steps in resolving an unfortunate scenario where your project contractor leaves you in the lurch…sometimes taking the money and running, as was the case for me. #1 – you try to work with them, bring them back into the fold, reason with them, understand their situation, etc. Why? Because usually it is in your best interest to do so and almost always it is in their best interest to just get back on the job and eliminate the risk of facing monetary action, legal action, and governing/sanctioning action and fines. #2 – you can go to a trusted 3rd party who may be able to intervene and clear the situation up – talk sense into one or both parties and help them to move forward together and get back to work on the project.

Now we discuss what’s next…and that’s the scenario where neither #1 or #2 work and you are faced with taking aggressive action to protect your interests.

The final option – seek legal action. Many times you are talking about a project and dollar amounts that are just too large to overlook. You can’t just write it off as a lesson learned or a blip on the project radar screen. In these cases – if it does get this far – you may have to go the costly and time-consuming route of getting a lawyer and taking legal action. There is no guarantee you will win anything and certainly no guarantee that you will actually recoup any costs if you do. However, you may at least help to ensure that the offending party doesn’t extort anyone else or cause anyone else’s projects the same harm they brought to yours.

The first step may be to go to a sanctioning board or governing entity. This is the case for contractors working on, say, a construction project. If they are licensed and the contractor was wrong to bail on you, then you are somewhat protected and have recourse through the governing board. If they aren’t licensed, they can’t help you, but they are more than happy to take action against the non-licensed party (via fines and eventually jail time) to help see that it doesn’t happen again. In the case of a contractor of a more technical nature…if they are under contract through a 3rd party firm, then you have recourse through that outside entity to gain financial compensation and a replacement resource. If they are independent, then your likely only recourse is legal action that can be costly and time-consuming. At that point you have to decide whether or not the process and the likelihood of recouping any degree of financial loss is worth your time, effort, and money.

The key is to ask the right questions up front when hiring a consultant or contractor that is new to you. Ask for – and actually follow up on references. Check to see if they have an online reputation – and if it’s good or bad. And build a good task breakdown for them and manage them closely at first. You may find over time that isn’t going to be necessary. But if it is necessary, this close oversight may mean the difference between keeping them focused on the project or losing them – and the work and money already poured into the project. Some people need that kind of micro management and oversight. It may not be what you signed up for, but it may be your reality. The good news is that most contractors and consultants out there are good and are professional enough and care enough about their reputation to not bail on projects and leave with thousands – or tens of thousands – of dollars of your money. But some are – and finding out who they are can be difficult. Good luck.

Has anything like this ever happened to you? Have you ever managed a project or some work or effort where a contractor or consultant bailed on the effort leaving your overall project in serious jeopardy? What happened, how did you react, and what – if anything – actually worked to resolve the issue.