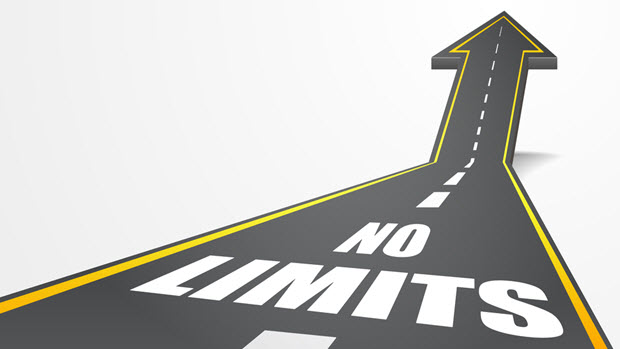 I realize we often don’t get to deal with the fantasy world much in project management. If we did, none of my projects would ever have issues, all would have customers that would agree with everything I presented, and none of my teams would ever have conflicts or personal issues – or personnel issues, for that matter. And that’s just to name a few (should I go on???). No? Ok.

A project without a timeframe may be a pain because I want to run other projects, lead other teams and actually have a life. So projects do need to end at some point. But a project with no budget limitations or concerns would be nice. Think about this…how would you live your life if money was never a consideration? Ok, now apply that to a project. This particular scenario may not bring about our best side in terms of best practices and strategic thinking…those little things that we do because we are challenged to stay within parameters like budget and time while also trying to fill our client’s needs properly. But let’s consider what we might do with a project that had no budget limitations.

First, let’s assume that it’s an important project – an external project that is very visible and means a lot to your career advancement and to your organization. Let’s assume that it’s a high-profile customer and possibly even a hard-to-please customer. So, again, what if your project had no budget? Let’s consider the scenario.

My first thought on resources for the unlimited budget project would be to consider acquiring one or more outsourced experts. Finding an expert to cover a critical need on a project is usually a luxury, but finding the right expert – while maybe very expensive – may trim time from the planned project schedule. It may also limit or eliminate a potential project risk that would otherwise be tracked and possibly realized by using, say, an inexperienced data specialist on a very critical data load for a highly visible project.

I had to use such a resource on the most difficult data integration effort that the company I was working with at the time had ever performed. The project ended badly due in part to the problems we experienced with the data loads. The project went way over budget and the customer ran out of money before we could successfully complete the effort. Had budget not been an issue and had we been able to put a high-priced expert on it, the chance for success would have gone up and in the long run we possibly would have actually made more money on the project by completing it and having a happy customer. Hindsight is always perfect and there’s no guarantee of that outcome, but at least the chances for success may have been increased.

Technology is another area to examine when considering a project without financial boundaries. The technical solutions we investigate for a proposed project are often dictated by what the customer has to spend or what the internal business unit customer has in their fiscal year budget. If we could remove those financial shackles and pick the solution that will best meet the organization’s needs and goals without an eye to budget and cost savings, the options would be limitless and the potential could be boundless.

I know this is almost never the case. We sometimes see it with overzealous startups that seem to have unlimited venture capital backing to get off the ground. They are trying to impress their first few decent-sized customers and may even be pushing toward an IPO situation. Inhibiting success by not going for the moon on a technology solution could be a death knell to future venture capital, a successful IPO, or retention of the few customers they’ve acquired so far. And failure for an organization this young would likely result in total failure with no ability to recover.

But what about the solid organization that has been around for years? I can personally say that I’ve never been part of an organization that would spend through the roof on any one solution with no eye toward a budget cap so I realize this will almost never happen.

However, if it could…would it be a good idea? Let’s look again and what that could mean for the project. No concerns about expense for the technology could mean that you can implement exactly the software solution that everyone wants and probably enlist the 3rd party vendor to perform any necessary customizations and configurations for you as well as install and test the final solution. The planned costs would likely be much higher than performing the work yourself. However, if it eliminates some of the risks that bring extra testing, re-work, multiple re-installations and a lot of follow-on support from the picture than the overall price could end up being the same or lower.

Reality says this is almost never – or more likely never – going to happen. The closest I ever got was my organization wanting a project so bad that they told the client there would be absolutely no change orders…no matter what. Yes, we won the project and I got to lead it. Was it fun? Not really, because management still cared about the project, but I digress. Thinking like this is healthy though because it does end up challenging your creative senses. What would you do on a project that had no budget limitations? How would you do things differently? Would you like it or would it drive you crazy? Please share your thoughts…