The End User is the Real Customer 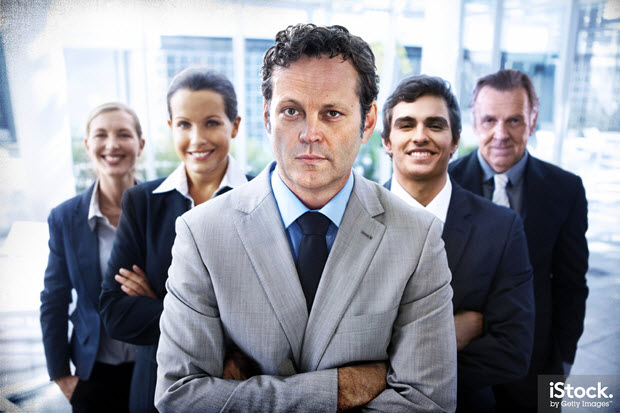 We have our project sponsors in the customer organization who have been tasked with getting a
new technology installed or process implemented or accounting system built. But this is really
often just a champion – someone who has some money and/or power to get things done in the
organization. A decision maker and point person. That’s who you work with as the project
manager. But who is the real customer in a technical project? Is it that person? Or is it their
employees or their customers who are the ones who will end up using this new technology,
process or system when the project is rolled out?

I contend that when the rubber meets the road, the real true customer is the end user. When is
the end user part of the project? On many projects the end user is the one who needs the
solution and gets the solution and that’s the total of their involvement. I read a quote the other day
that applies to this concept: “A user is somebody who tells you what they want the day you give
them what they asked for” (Actually, it sounds like something Vince Vaughn’s character Dan Trunkman might say at a client pitch in Unfinished Business). This can be taken to mean that the user often does a poor job telling us at first what they want and the gives us a better definition once the project is over and the solution doesn’t really meet their needs.

When end user input is an afterthought

For this article, I’m going to look at this from another perspective. This quote can also mean that
the project was derived from the users’ wants/needs, created without their full input, and then
handed to them only to find that it doesn’t really meet their needs – and they’ll tell you that. I’ve
seen frustrated users before who are forced to use a newly deployed system that doesn’t really
meet their needs…because they weren’t consulted when the requirements were being defined at
a more detailed level leaving the company with a solution that doesn’t get them where they need
to be.

From my experience, often the true end user is involved in the project only at these points:

In my opinion, the end user should – at a minimum – be involved with the project at these points:

Another quote brings to life how critical it is that we pull the necessary information from those that
will ultimately be using the developed solution: “A user will tell you anything you ask about, but
nothing more.”

The real customer is the end user

The end user knows their job…and sometimes that is as far as their company knowledge takes
them. They may even be performing some fairly mundane tasks within the organization. But they
are critical tasks – otherwise there would be no project. In essence, the end user is the true
customer – the one who will actually be using the solution. It is the organization’s responsibility,
the subject matter expert’s (SME’s) responsibility, and the delivery team’s – if access is granted
– responsibility to pry the right information from the final end user of the solution.

They can’t tell you how to develop the solution. They don’t always know how what they do relates
to everything else that is happening within the organization. But they know their job and they know
what frustrates them and what doesn’t seem to be working. It goes back to the concept that often
the customer doesn’t really know what they want – it’s our job to ask the right questions so that
we don’t end up developing a system that misses the mark.

The key to success and ultimate satisfaction is developing an end solution that the end user can
use. They may not sign the checks, they probably didn’t have any say in who was going to build
the solution and how it was going to be built, but maybe they should have. It’s too late for that on
many projects. But you can make sure that they are involved as early as possible – at the kickoff,
preferably – and then keep them involved throughout design, development, and testing so that the
solution that reaches them is one they want and need. You do that and customer satisfaction will
be high and return business will be likely.