Taking Over Someone Else’s Mess 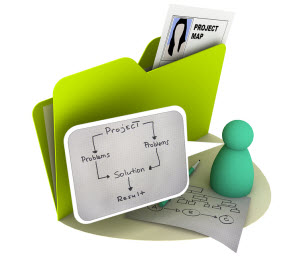 Have you ever come home to something your dog tore up and you didn’t want to deal with it but you knew you had to? Maybe it was a box he shredded (at best) or possibly the garbage he got into (at worst), but you knew it had to be taken care of and no one else was going to do it (unless you have kids old enough to assign it to…which I do now).

That’s sort of how I have always felt about taking over someone else’s troubled project. It’s a bit of an honor to be handed a project that is failing and to be asked to try to resurrect it. But it still feels like dumping. I like the feeling of leading a project from beginning to end – true ownership of the entire solution and the ability to engage the excited customer from the outset (they all start somewhat excited) and try to keep them that way throughout the project. Taking over the unwanted mess usually means you’re dealing with a customer who is ready to kill you, cancel the project and move on. It’s like talking someone down from a ledge or trying to stop a bank robbery in progress. It takes guts, risk taking, and negotiation skills…and a fair amount of Tylenol.

And unlike the dog mess where you could reassign it or just ignore it, if you’re assigned this type of project you usually have no choice but to take it over and do what you can with it. It would be nice to say that it’s failing anyway so I can only win – I can’t lose. But we all know that’s not true…because if it still fails now you’ll be the last project manager associated with it. It will still – to some degree – be YOUR failure. You can’t avoid it and there’s no prenuptial agreement you can sign before you take it over…it all becomes your mess now.

How do you take over such a project? What do you do to hopefully give yourself – and the project, of course – the best chance for success? The couple of times that I’ve had to do this, I’ve generally followed this path (mostly on the 2nd occurrence because I was still ‘learning’ how to best take over something like this the first time around)….

Meet with the team

First, sit down with the project team as soon as you possibly can. If the project was truly a mess and the project manager was considered somewhat to blame, then it’s not likely to have that individual available for any knowledge transfer. That is going to fall to your project team and probably some high-level information from your PMO Director. Gather project documents together from these individuals to review over the next few days and have a fairly detailed discussion in a 2-3 hour meeting with these team members over where the project has been, how it’s going, what issues are outstanding, what the most pressing needs are right now, and what their perception is of the customer’s frustration level as of today. The key is to close this meeting knowing what the 5-10 most pressing needs there are for the project and what the first things are that you should be discussing with the project customer in the next step.

Introduce yourself to the customer

Next, introduce yourself to the customer on a call from just you. You could choose to do this on a weekly status call, but it’s a better idea to do both – but do this call first. Introduce yourself, explain that you’ve met with the key participants internally and you understand ‘these 10 items’ to be the likely most critical needs of the project and ask if they concur. It’s very important to get good feedback from the customer on this call so that you can use your time wisely immediately following this call to get further up to speed and be focusing on the right issues and not chasing rabbits like the previous project manager probably was.

Finally, hit the ground running. You’ll be in the spot to perform wonders almost immediately so act like you know what you’re doing even if you’re still deep in the learning process. If your team is good, rely heavily on them during the first 1-2 weeks/meetings while you’re still wrapping your arms around the needs of the project and figuring out – along with the help of your team – exactly what actions to take next.

I’m sure many of you have been in this position at least once or twice in your PM careers. What steps have you followed to get onboard and productive as quickly as possible and to get up to speed and ready to attack the issues that are outstanding on the project? Please share – there is no perfect way to do this, but if we share our hits and misses with each other hopefully we can all acquire some best practices for taking on these troubled projects.