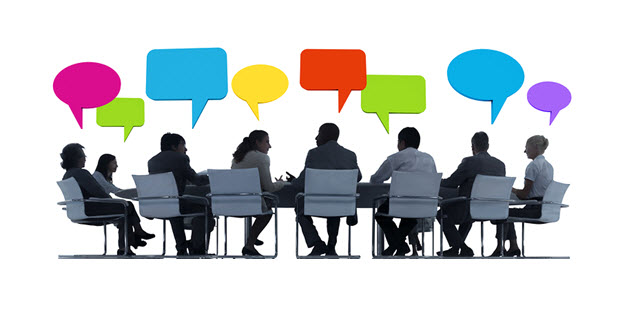 Good communication doesn’t always = good decision-making. Think of it almost as a different take on “The squeaky wheel gets the grease” only from a different angle. And a more dangerous angle. Why? Because the squeaky wheel one is the complainer. Everyone knows who that is and they appease them by giving them what they want.

In my house that could be a six-year old son or daughter…or even a 7 month old baby. And believe me, they aren’t going to be making the best decisions at any given moment. Always that was one of our lead developers or DBAs at my first employer – you know who you are if you’re reading this. But the ‘bad ideas’ one…that’s way more dangerous because that could be anyone on any project team in the history of project management or any project manager in the history of project management offices or….well, you get the picture.

You know those times when you gather your team on a weekly basis for the internal project status meeting to prepare for the customer meeting or call? Sometimes there’s a critical decision to make or solutions that need to be brainstormed in order to offer the best one to the customer. If someone on the team is the best communicator, they may be able to make their bad idea sound like the best one through a nicely disguised sales pitch. Good talkers can squeeze anything through. They manipulate even when they may not realize they’re manipulating. And they make their bad idea sound so good that everyone agrees with it either because it’s been oversold or because they just want to get back to real work. That’s the dangerous part.

How do we avoid these situations? It isn’t easy, but if you follow these three steps you may be able to avoid letting most bad ideas slip through the cracks to become part of the end solution.

Discuss and over discuss

As the project manager, you may not always recognize a bad idea. However, when enough time is allowed for discussion and reflection, the bad ideas usually find a way to sink to the bottom and the good ideas rise to the top. Don’t allow rash decisions to be made by the group. Think of the idea of counting to ten before saying something negative. By the time you reach ten, you realize it probably shouldn’t be said.

Remember that you’re the project manager

Remember who the project manager is. That’s the team leader…the person with the target on their forehead for the success of the project. The one who’s door the CEO will knock on if things go poorly. The project manager should be the one making the final call. And if that’s you, hopefully you have a good idea of what constitutes a bad idea for your project and what a good idea would be. Carefully consider decisions – especially if you have time to make good ones under pressure.

Take a moment to digest

Finally – and I realize that this may be a luxury on most projects – if you have any extra time at all, sleep on it. Discuss it as a team, but wait till the next meeting or possibly a follow-up meeting to make the final decision. Most bad ideas fall by the wayside when given enough time and thought.

Ultimately, it’s the project manager who is responsible for the project, the communication and the decision-making. Let the PM weigh in on the final decision. And hopefully, they are the best communicator on the team anyway. Avoid making quick decisions without proper discussion when possible and try to recognize when someone has a very strong presence on a project and avoid letting them have all the airwaves during crucial discussions.