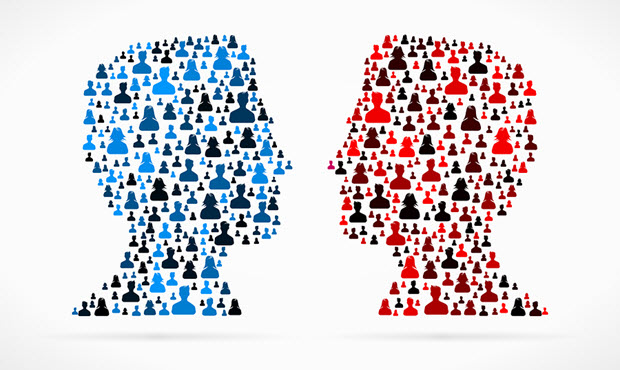 Conflict. A word we usually all try to avoid. Our regular project management work keeps us busy enough without trying to manage the various kinds of conflict that can arise on our projects. Conflicts between team members. Conflicts between our organization and a third party vendor. Conflicts between our organization and our customer. The list can go on and on. The reality, of course, is that we encounter conflict on nearly every project – dare I say EVERY project – that we manage. A project manager who says they never have conflict to deal with on their projects just isn’t paying close enough attention to what’s going on. Or they’re in denial. There is no burying your head in the sand either….when conflict arises it must be dealt with before it threatens to take the entire project engagement down with it.

As I think I made my case above, conflict rears its ugly head on just about every project we oversee or work on. The project manager must always be working proactively with all staff to avoid possible conflicts that may arise. In the event of a conflict, the project manager should be aware that talking can only resolve so much. For situations where conflict cannot be resolved through negotiations or arbitration, it is recommended that the identified individuals be separated or be removed from the project.

It is important to understand that project staff react differently to daily situations and that during the project life cycle, these members all experience various emotions such as joy, sadness, jealousy, anger, frustration, and stress – to name but a few. Many conflicts can be reduced or eliminated by constantly communicating the project objectives to the project team members. Some of the most common conflicts are:

When conflicts do arise, there are several methods to try to resolve them. Let’s examine a personal popular list of five that I use…

No one likes conflict. Period. Well, some people do but it’s best they don’t serve in positions of authority too often. In general, good leaders look for the best ways to avoid – or at least mitigate conflict, not find it. But it is inevitable that conflict will arise, conflict will happen, and conflict must be dealt with. What ways do you deal with conflict on the projects you manage or work on? What methods work best? Which ones have been utter failures and should be avoided at all costs? Please feel free to share your experiences and opinions so we can all learn – since we will all experience this at some time or another. Thanks!