When Funding the Project Becomes an Issue

Ideally your project moves out of Sales and into the actual engagement stage with expectations properly set and a solid timeline and budget in place. Ideally… But we all know that there can be bumps in the road and incorrectly documented or relayed expectations, requirements, etc.

Customer requirements and expectations may not be on par with the actual derived budget and that potentially major issue may rear it’s ugly head early on or it could even come up very late in the project causing major issues, work stoppages or project cancellation. It’s our job to avoid those events at all costs, but sometimes they do happen – and we have to react. 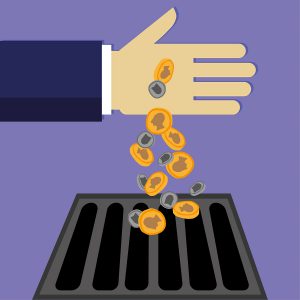 There are several issues that can cause delivery team funding to hit the wall. Here are some examples:

The key difference between delivery team funding issues and customer team funding issues is that they really have to just be worked through. What delivery organization – in their right mind – is going to just throw up their hands in the middle of an implementation and say, “we’re done…we’re not going to throw any more money at it?” I realize it’s happened…I’ve even experienced it myself, but it’s much rarer than the customer giving up and not deciding to spend any more on a project.

In reality, the delivery organization is more likely to eat the budget overrun in hopes of completing a successful implementation and retaining an important customer. Ultimately the amount of the budget overrun will play a role in the decision, but if the budget is being tracked along the way as it should be, then the delivery team has likely been strategizing for some time to lessen the overall financial drain while still working to keep the project going and the customer at least somewhat satisfied.

The more critical issue is when the funding problem is on the customer side. This can present itself in two forms:

When the issue is customer funding, and if it’s big enough, the project is likely to be cancelled. However, if it’s only a few thousand dollars, then it may survive. Negotiations will start between the delivery organization and the customer organization and a deal may be worked out to spread the financial responsibility across both or the delivery organization may take the full load in order to keep the project going. But if the budget issue is large enough, then there is likely no other course the customer will take than to cancel the project.

The outside possibility may remain that the customer will restart the project when funding increases or returns. If that is an option – and it very well may be (at least the delivery organization is likely to retain that hope for quite awhile), then the deliver organization is faced with a new dilemma…how to keep the project team relatively intact if the project may resume soon.

If there is a possibility that the project will resume, then discussions must happen quickly with the customer to determine what time frame within which that might occur. If a restart is a possibility, then it may be possible to make strategic assignments to other projects for the key project personnel can be made in order to keep them somewhat available if the project resumes.

Budget issues may be the single biggest problem that can occur on a project. If you’re out of money, you’re out of money. Throwing more resources at it won’t help – it will only make this particular problem even bigger. And either way, the project is still dead, and one or both organizations are embarrassed, experienced major failure and may have personnel issues to now deal with.

The best that can happen is to learn key lessons from whatever issues caused the budget issues. If it’s a poorly run project, then retraining or termination of certain personnel may be necessary. If it’s poor planning or a sales issue, then measures need to be taken to not repeat the same issues again. If it’s a delivery organization budget issue, it’s critical that the causes are reviewed, documented and understood so that history does not repeat itself.