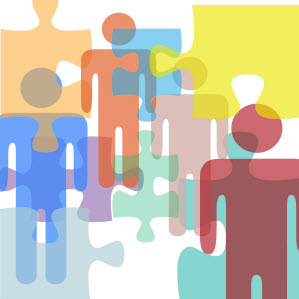 You know the feeling… You go about handling all the issues you plan to handle and many that came up that you didn’t necessarily plan on. But the people on the project… Did you expect to have to deal with them as much as you’ve had to? And I don’t mean in the “discuss and give direction to” type of way. I mean in the “having interpersonal and conflict issues” type of way. After all, you’re a project manager, not really a resource manager. Sure, resource management is part of the process. But that is usually more in the form of making sure you have the right skill set and enough people on the project to take on the tasks that you need to delegate in order to get the project work done. You get to leave the personal issues, the performance review stuff, and the actual hiring and firing to other people. In terms of true employee management, you get the easy job.

Now, what happens when you start to have conflicts and personnel issues on one of your projects? Are you prepared to handle that? Do you have any of “those” types of resource management skills? It can really throw you for a curve – even if you have those skills but haven’t had to use them in a while. After years of PM work with matrixed resources, I came to Las Vegas to lead a corporate development team for one of the largest gaming institutions in the world. The first things I found out were that among my staff of 18, I had two with anger management issues, four that the IT director wanted me to fire (thankfully the anger management individuals were not among those) and one that had a very unusual relationship with his dogs that was affecting his health. What the heck do I do with that information?!? All I’m saying is, it can be easy…and it can be difficult…and can even border on the very weird.

So, you have needy team members or team members embroiled in some sort of conflict. Do you fix or replace? First you need to consider the following…

Is the issue/conflict project related?

First, determine if the issue that your resource or resources are having – either with each other or someone else outside the project or company or even in their personal lives is even project related. If it’s not, it may be somewhat difficult for you to even get in the middle of it – and you probably don’t want to. But if you need to take action because whatever is happening is hurting the project, then you may have to get in the middle of it and determine if you can move on to the next step. If you can’t get in there and help resolve it – or they aren’t going to be able to resolve it themselves and move on, then it’s likely not fixable and you probably need to replace right now.

Can these resources actually work together?

If it’s between two resources, can the conflict or differences be resolved in such a way that they can productively work together for the common good of the project? Can differences be put aside during the project – or at least during the workday? If they say so, then you take them at their word and move forward. But if the conflict arises again, you must take swift action to replace one or both resources because you cannot allow this to be an ongoing circle of conflict.

Are the resources irreplaceable, or just the skill sets?

Finally, the biggest question that may trump all the others… Are these resources replaceable? Is it the specific resource you need on your team, or is it just their skill set – and can you find that skill set in another resource? You want to know this – maybe before you even embark on trying to fix the conflict or issue. The answer to the question will help you make the best decision for the project, the rest of the team and the customer for each step in this conflict resolution process.

Based on what you find from these, you have a decision to make. And, if you’re like me, the one of the three above that will likely weigh the heaviest in the decision process is the third one…because, after all, the project’s success is usually my biggest priority. Now, use this info and go make the right decision!